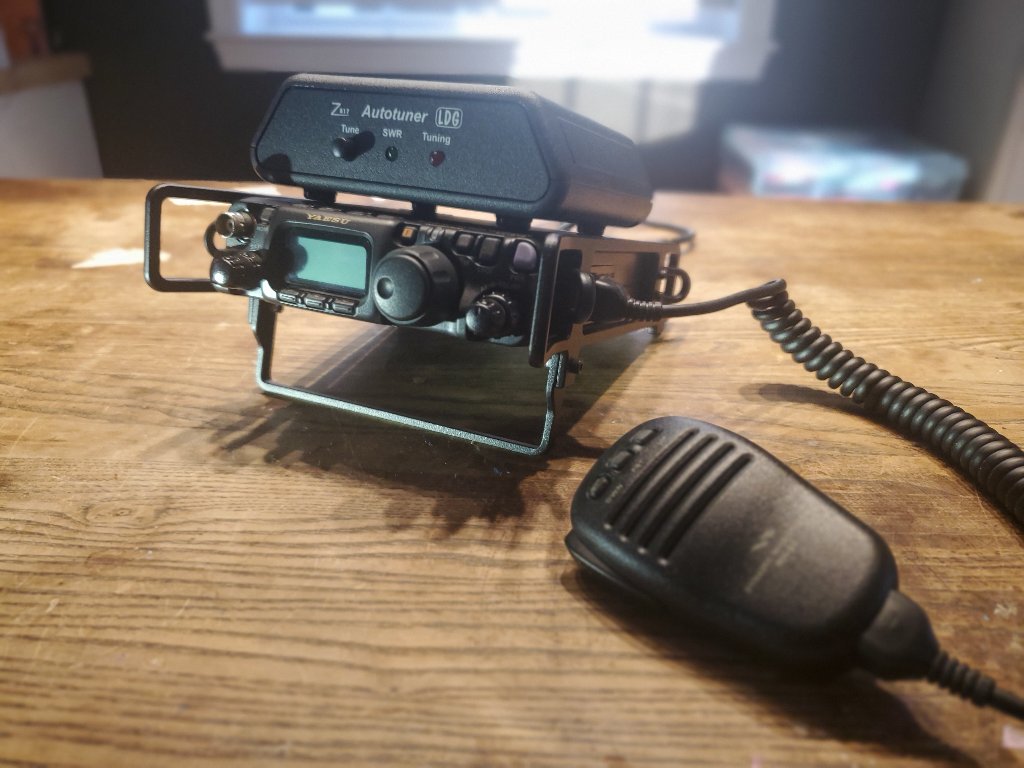 I am the second owner of this gear, and have hardly used it due to time constraints.   I have verified that it is working and made QSOs on both SSB and CW with it.  This is a complete shack – everything is here to get on the air portable an start operating SOTA, POTA, or from home.  This radio is also a general coverage receiver so you can listen to shortwave radio on it.  I am including a 10 meter dipole antenna that I cut myself (verified working – I used this antenna to make an SSB QSO with 76QM in Malawi from my backyard)  with insulator and 25′ of RG8X coax terminated in BNC (brand new) to make this a complete station – everything you need to get on the air is here.  This radio also operates on VHF and UHF, so you can connect to local repeaters as well using the included whip antenna.

Read K3SWL’s great post about using this radio for SOTA and POTA operations.

Unlike the stock battery, the Windcamp battery provdes enough voltage for full QRP power (6 watts) on battery.
$79 shipped from eBay

This filter module was installed by the original owner and greatly improves on the performance of the stock ceramic SSB filter. The installation requires moving the speaker, leaving two chassis screws displaced, and the screw holes are covered with gaffer tape.
$59 new from DXEngineering

This nifty device converts the barrel connector to a Anderson powerpole, the accepted standard for ham radio operator power connections.
$37 shipped from DXEnginnering

This station would be $1150 if you put it together new.

Glad to meet and put it on the air.

I’ve been enjoying my KG-UV9P and, since it had the same 2 pin connector as my Baofengs, I’d try it with my Mobilinkd TNC2, a device I’d used with great success with other radios. Simply put, the TNC2 provides a wired connection to the radio via the 2 pin speaker and microphone jack, and a bluetooth connection to an android device. Inside is a modem that takes bits from the phone and converts them to audio – just like the modem you used to connect to AOL back in the day.

I’d not been having any luck with it. Occasionally I could get a packet out to a digipeater and out to the internet, and I was only able to decide one or two. When I listened to the audio on the 144.390 APRS frequency I could hear some ax.25 transmissions (a modem sound) but the TNC2 wasnt decoding. I was sure there was something wrong with the settings or the radio. I made sure that…

But nothing helped. Well, I took the rig out to my in laws farm in Clifton Virginia, about 45 minutes west of DC, and the difference was night and day. Packets flooded into the radio and were decoded by the TNC2 and appeared on the APRSDroid map. 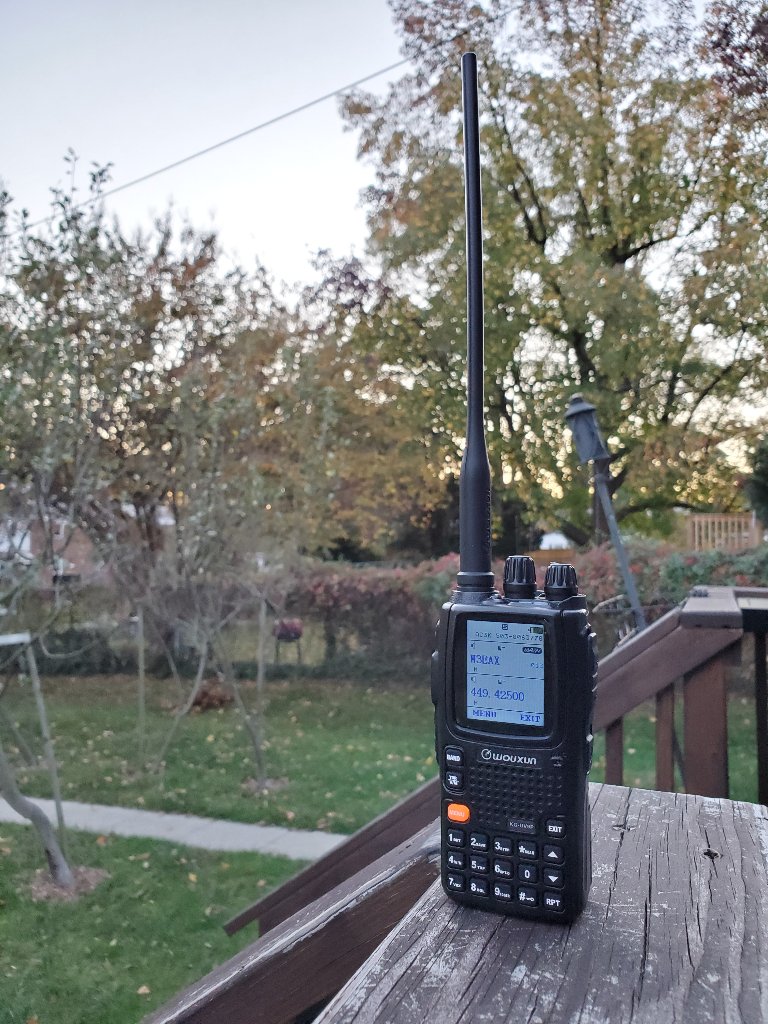 Some notes on this kit:

The receive band is very wide.  The first time I turned it the CQ WPX CW had just started and the band was going crazy.  It is very difficult to pick out a CW signal when you can hear 4 or 5 at the same time.  I imagine it will be easier once the contest is over. Here is a sample of the contest in full swing:

And, using my 40m dipole, with only 9 volts this little rig really got out – calling CQ, K1TTT of the Reverse Beacon Network picked me up as far away as Massachusetts – 323 miles away.

I have built the WSPR kit that I purchased from the Net – it is working and my signal is being picked up by WSPR trackers in a 500 mile radius on 40m. I expect that to improve tonight. The kit was fairly advanced for me but I am (was) a beginner before this kit – I think my next kit will be a lot cleaner. In any case it works.

It has a great LED display, many modes (WSPR, CW, QRSS, FSK, Hellschreiber), and even an optional GPS module for WSPR. I built it in 3 sessions of about 1.5 hours each. It is fun, including winding some toroids.

He is shipping a new kit since I bought mine (of course) with some more features:

At $29 it is a steal, and the build documentation is very good.

It would be nice to design a case for it (and build on the 3d printer?) as it does not have one now.

These are the books I used to pass my Technician, General and Extra exams:

Brought my radio, 20m ham stick and a bottle of wine (shh) down to the DC waterfront and operated mobile for an hour or so just around sunset.  Beautiful night. Tried to break through the Desecheo Island dxpedition pileup with no success. Still a beautiful night. That is the ‘pirate ship’ steaming by, it is very popular for kids’ birthday parties.